Office affairs can be tricky – but dating your boss is an even trickier proposition. Anyone involved in an office romance fears what will happen if the affair turns sour, but these fears are even greater if it’s your boss.

Falling for your boss is a minefield because he or she has a power over you that a co-worker you may be having an affair with simply does not. Plus you could get accused of receiving special treatment if word of the affair gets out.

Jenn Malko sums up the difficulties in her article of cupidsreview.com: “Your boss controls what happens in a company. They generally give out raises and bonuses, assign tasks and determine your career path within that organization. Having someone like this in your pocket can go a long way. Ask yourself what your career goals are. How important are they to you? If things go south in this company, what options do you have?

It’s important to consider this when someone you’re about to have a relationship with can choose to help or hinder your growth in your field. Your boss is also the one who is supposed to write letters of recommendation so if you do find yourself on the street after your romance ends, you might find it difficult to get your next job. Keep your career in mind before you make any moves!”

But love knows no logic. If you’ve fallen hard for your boss – and asked yourself the hard questions – chances are your heart is speaking louder than our head.

Juan, a 27-year-old junior marketing executive, fell for his boss and advises others in the same position to think twice. “I was smitten with her. She was so clever and gorgeous and everything I had ever wanted in a woman – or so I thought. We went on a few dates and it went well at first then the spark went out of it. It started to get real awkward in the office when I realized she liked me more than I liked her. I started dating a lovely woman I met through one of the dating websites but kept it a secret, although I did confide in one co-worker, who let it slip one evening after a few drinks while we were all out at a company dinner.

“The very next day my boss started picking fault with my work – and it just got worse and worse until I finally decided to leave. Luckily, I found another – and better – job at a rival company. So in a way, it worked out well for me. But if I was in the same position again, I wouldn’t do it.”

Maryanne, a 23-year-old who worked for a large telecommunications company, has a very different story…”The moment I laid eyes on my boss, I knew he was the one for me. I know sounds corny, but it was love at first sight. I was crazy about him. It took six months before anything happened between us. It was the office Christmas party. We got together on a drunken night, but the next day, he called me and we discussed our situation at length. We made an agreement to be mature about it if things didn’t pan out between us. We agreed that we were grown-up enough to handle whatever happened without either of us having to leave our jobs. We never told our co-workers. “We’ve been together almost a year now, and I couldn’t be happier. We’re even talking about tying the knot!”

Comparing these Juan and Maryanne’s stories, the lesson here is to get an idea of what sort of person your boss really is before you take the plunge. 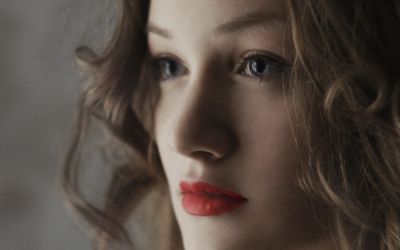 Just me, myself and I, exploring the world of Random Sex Chat Platforms. I have a passion of Cam Sex Chatting with strangers and blogging about Dating Niche. I want to share my knowledge with ya guys.